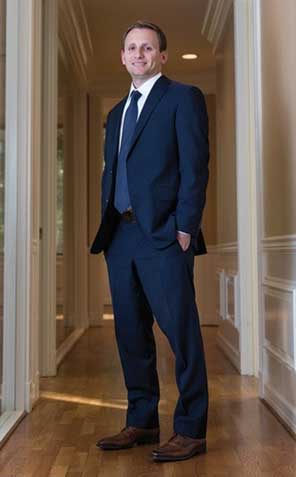 Brian was born and raised in Arizona, and joined Snyder & Wenner in 2008, after compiling a distinguished record of achievement at Brandeis University and at Chapman University School of Law. Since joining Snyder & Wenner, Brian has continued to receive accolades. In 2013, he was named a “Top 40 Under 40” attorney by the National Trial Lawyers Association, while in 2014, 2015, 2018, 2019, 2020,and 2021 he was named a “Rising Star” by Super Lawyers Magazine and a “Top Attorney in Arizona” by Phoenix Magazine. In 2021 he was also named as a Best Lawyer In America.

Brian is a Partner with Snyder & Wenner, and focuses his practice on medical malpractice cases (including birth injuries, surgical errors, radiology errors, misdiagnoses, and urgent care malpractice) and inadequate/negligent security cases that result in death or catastrophic injury. His work in these areas have led to the largest verdict ever in Arizona against the VA, and the largest verdict of any kind in Arizona in 2017, against Banner Health. Brian has also received significant settlements in trucking accident cases.

When he is not diligently working to represent the rights of his clients, Brian has volunteered his time to be the Chairman of the Board of Directors for the Arizona Chapter of the American Foundation for Suicide Prevention, and is involved with charitable organizations that provide financial and emotional support to children battling cancer. He also enjoys spending quality time with his wife, daughter, and two sons.