Did You Have a Power Morcellator Used on You? Call Our Lawyers Today!

Power morcellators are medical instruments that are used to remove benign (non-cancerous) growths from the uterus. The devices are typically used during hysterectomy surgeries and some kidney and spleen procedures. The surgeon will insert the power morcellator through a small incision made in the skin and will then remove the tissue by shredding, cutting, and then suctioning it away. The goal was to remove the uterus or the fibroids while also avoiding large surgical scars. Johnson & Johnson’s Ethicon division is responsible for producing and selling three power morcellator devices:

Unfortunately, using the power morcellator device carries significant risks that the patient does not know about. In April 2014, the FDA advised doctors to stop using the device in the tens of thousands of procedures it was being used in each year. This urgent warning is because the device is known to spread cancer, called uterine sarcoma. The safety alert came in response to a series of articles published in the Wall Street Journal, which reported on the risk of using the instrument. 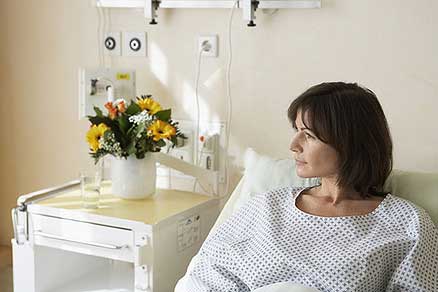 Since the FDA does not often provide safety alerts for medical instruments, the warning for the power morcellator is especially alarming. The safety organization provided estimates this uterine sarcoma affects 1 in 350 women undergoing the procedure, and that power morcellation can “significantly worsen the patient’s likelihood of long-term survival.” For this reason, the FDA “discourages the use of laparoscopic power morcellation during hysterectomy or myomectomy for uterine fibroids.” The main concern is that using the powered instrument to slice and remove cancerous tissue that may be undetected raises the risk of malignant cancer cells becoming embedded in tissue and causing cancer to spread.

According to the Wall Street Journal, morcellators were introduced in the 1990s to help gynecologists perform fibroid-removal surgeries. The FDA estimates that of the 600,000 hysterectomies performed each year, the power morcellator was used approximately 50,000 times per year during the surgery. While the FDA does not directly regulate or limit how doctors practice medicine, it does advice against certain procedures that are unsafe for patients. Doctors are required to practice within the standard of care, which is what a reasonable and prudent physician would do in the same or similar circumstances. Since the FDA has issued an alert that power morcellators are unsafe, doctors who continue to use them may be doing so negligently and may severely injure their patients.

If you or a loved one has undergone a hysterectomy or had tissue removed with a power morcellator, please contact us today. We will review all of the details of your case and will fight to hold accountable those who caused your injury. Cancer is a life-changing diagnosis, and at Snyder & Wenner, we understand how it can affect you and your loved ones.