By now most people are aware of the sex abuse cases against the Catholic Church. According to online archives, there have been over 3,000 civil lawsuits against the Church, many of which have resulted in multi-million-dollar settlements. Some reports have revealed nearly 11,000 allegations against more than 4,000 priests. These allegations included sexual abuse of minors. 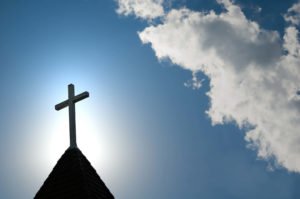 Until recently, many sex abuse cases against priests and churches were no longer permitted due to time deadlines. That changed in 2019 when many states enlarged the timeframe for victims to file sex abuse civil claims. Eight states, including Arizona, as well as the District of Columbia have established “lookback windows.” This allows victims to sue no matter how long ago the abuse occurred. This is very important since the previous deadline was two years from the minor’s 18th birthday. In Arizona, this lookback window lasts for 19 months, starting in June 2019. After that timeframe ends, lawsuits for sexual abuse against priests and the church are still permitted until the victim turns 30 years old.

Cases of sexual abuse against priests and the Catholic church are crucially important. The victims were robbed of their innocence and will suffer injuries and damages for the rest of their lives. Settlements against the Catholic church will help victims receive the compensation they need to pay for counseling and to right the wrong that these priests and other church officials created.

If you or a family member were sexually abused by a priest or church official, contact us today. Time is running out so do not delay. The attorneys at Snyder & Wenner can use our extensive experience in similar cases to fight for you and to get you the compensation you deserve for these atrocities.